The Dangers of Hidden Mercury

What you can do to protect yourself against mercury poisoning

An Interview with Dr. Jane Hightower

In her compelling book, Diagnosis: Mercury: Money, Politics & Poison, Dr. Jane Hightower talks about the dangers of mercury pollution to health. Dear Doctor magazine was fortunate to interview this visionary physician, world-renowned researcher and patient advocate about her research, how she uncovered the issue of mercury-tainted food, its impact and more.

Dear Doctor: Jane, you've put considerable effort into learning everything you can about mercury pollution in the environment and its effects on health — your own patients' health in particular. In doing so, you are acting not only as a compassionate physician, but also as a scientist in the clinical research sense. Where did your approach come from?

Dr. Jane Hightower: Ever since I was a kid, I always enjoyed solving problems and puzzles. I also loved mysteries and history. So, combined with a deep interest in science, taking care of people and their medical mysteries was a perfect fit for me. The whole mercury issue was intriguing and a natural for me to investigate.

Dear Doctor: How did you become interested in mercury and its impact on health?

Dr. Jane Hightower: Like many findings in medicine and science, happily, the issue found me. I had a number of patients who were coming to me with symptoms I couldn't quite put a diagnosis to: fatigue, stomach symptoms, irritability, trouble concentrating and hair loss. Then a friend and colleague, Dr. Kathy Fields, was listening to National Public Radio (NPR) when a story broke about a group of people living around a particular lake, who were having similar symptoms — the culprit, mercury. Out of interest, she tested one of her patients with hair loss, for which she could not find an obvious cause; the result, her patient had high levels of organic (methyl) mercury. 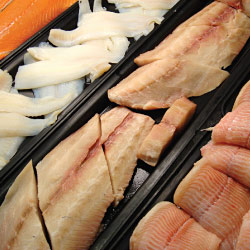 I started to test the group of my patients with these same symptoms and found that high levels of methyl mercury were common to all of them. But these were otherwise healthy individuals. Where was the mercury coming from? As I took detailed medical histories including their diet, a startling fact emerged. In their quest to be healthy, they had reduced their consumption of meat with its higher fat content in favor of fish. It was in the fish. And the more fish they ate, the higher their blood mercury levels became. I started to research the issue further, calling labs, industry, the Federal Drug Administration (FDA), The Environmental Protection Agency (EPA), only to find that mercury regulation was all over the map and based on old, faulty and unreliable data.

Dear Doctor: How does mercury get into fish?

Dr. Jane Hightower: Through natural and human induced causes. Major causes of mercury pollution are coal-fired power plants, cement factories, and chlor-alkali plants. Even light bulbs contain mercury and need to be disposed of safely. It gets into the air, water and soil. In the water it works its way up the food chain getting into plankton, shrimp, small fish and ultimately large fish. Large fish, even the expensive ones so many people love to eat, cannot detoxify mercury as well as we humans do, and the bigger fish that live longer are more contaminated with mercury. Shark, tilefish, swordfish, king mackerel are the worst culprits. But even a six-ounce serving of albacore tuna, eaten too frequently is toxic, especially to pregnant women and children.

[Mercury] works its way up the food chain getting into plankton, shrimp, small fish and ultimately large fish. Health is directly related to the amount and type of fish an individual consumes.

Dear Doctor: What is a safe level of mercury and what recommendations do you give your patients in light of your findings?

Dr. Jane Hightower: Technically, no safe level for mercury in the body has ever been determined, and the body is only able to detoxify mercury very slowly. Neither all fish, nor all humans are created equal. Smaller fish are usually less predatory and shorter lived; therefore, they have less mercury than larger fish. Some larger fish accumulate less mercury than others, such as salmon, because they do not consume a lot of other fish and have short lives. Health is directly related to the amount and type of fish an individual consumes. Shellfish, such as crab and shrimp, are typically safer along with fish such as tilapia, pollock, and catfish. In addition, people respond to toxins and other substances differently so symptoms vary, too.

Dear Doctor: There has been public concern about thimerosol in vaccinations, what are your thoughts? 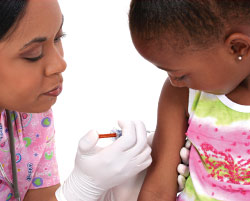 Dr. Jane Hightower: Thimerosal is another form of organic mercury. Vaccine manufacturers discovered that it could stimulate the immune (resistance) system to make more antibodies for a supposedly more effective vaccine. Many think that mercury can overstimulate the response in some people, especially in children, which can result in adverse effects. The vaccine industry was asked by the FDA to take mercury out of vaccines intended for infants and young children but a mandate was never passed. Aluminum is now used in place of thimerosal, as the vaccine antibody stimulant. Both metals remain controversial, and ongoing studies will need to sort out any side effects from vaccines.