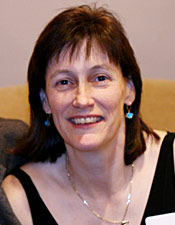 Dr. Hightower received her medical degree from the University of Illinois in 1988, her California State Medical License in 1989, and her board certification from the American Board of Internal Medicine in 1992 and 2002.  She completed a residency in internal medicine at St. Mary's Hospital in San Francisco, California, in 1991. She has been an active member of the American Medical Association since 1988 and the College of Physicians and Surgeons since 1989. She was also a member of the board of directors of the San Francisco Medical Society from 2004-2010. She received a public service award from the American College for Advancement in Medicine in 2009. Dr. Hightower is particularly interested in the relationship between internal medicine and toxic exposure to mercury through the consumption of fish. She has lectured on this topic extensively across the country, and her articles have appeared in several medical journals including San Francisco Medicine and Environmental Health Perspectives. Her book, Diagnosis: Mercury: Money, Politics & Poison, was published by Island Press in 2009. She was recently named on the list of the Best Doctors of America for 2010-2012. Dr. Hightower specializes in internal medicine at the California Pacific Medical Center located in San Francisco.