Dear Doctor,
I need to have some minor oral surgery soon, and some friends recommended I use Arnica afterwards to promote healing and prevent bruising. What is Arnica and is there any evidence that it really works? 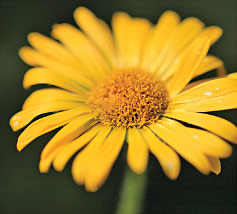 Dear Leslie,
This is a great question because it raises an important issue today in medicine. Many people have turned to “herbal” remedies, Asian medicines or remedies, homeopathic treatment(s) and more; or are just plain trying products they hear about from friends and other sources. The fact is that these integrative forms of medicines are drugs or “pro-drugs.” A few are quite potent and have significant side effects. Some of these alternative products have been favorably reviewed in mainstream journals and are being utilized by western medicine (allopathic) practitioners. The effects of these agents need to be taken seriously, and when appropriate, they should be prescribed and administered judiciously.

Arnica is just one good example of a safe remedy when used appropriately. What follows is a short consultation written by one expert in the field. An in-depth article on more topics in Integrative Medicine is forthcoming.

Arnica Montana, a member of the daisy family (Asteraceae), is a perennial orange-yellow flowering herb and creeping rhizome (root) that grows in parts of Europe and North America. Depending on the region, Arnica is also known as leopard's bane, mountain tobacco, mountain daisy and wolf's bane; Arnica fulgens and other species predominate in North America. In the United States, Arnica has GRAS (Generally Recognized As Safe) status for use as a flavoring agent in foods.

Principally, certain Arnica preparations have been shown to reduce pain, inflammation and the discoloration associated with sprains and bruises. Tinctures (incorporated in gels), infusions and various types of ointments made from the herb's dried flower heads and roots have been used topically (applied externally) for centuries. Arnica products also demonstrate an ability to kill bacteria. 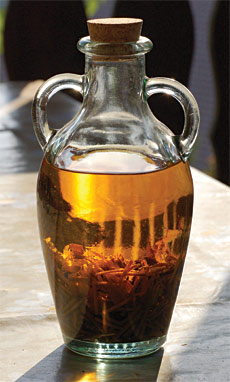 In the U.S. Arnica is most frequently used as a “homeopathic” (homoios – like, pathos – treatment). Homeopathic remedies were developed initially by Dr. Samuel Hahnemann (1755-1843). He discovered that the effects of certain herbs mimic the signs and symptoms of a given illness. He reasoned that these signs and symptoms revealed the body's attempt to heal itself and that they should be encouraged, not reduced (for example, like taking aspirin to suppress a fever).

By ingesting various herbal extracts he was able to describe and record healing responses closely resembling those associated with specific conditions and diseases. He proposed the “Law of Similars” – “let like be cured by like,” which became a hallmark of homeopathic medicine. Paradoxically, he discovered that the smaller the dose, the more potent the body's response.

Recognized as producing the best Arnica products, specific United States pharmaceutical companies produce precisely diluted topical (for external use) preparations of Arnica in gel, oil, cream, ointment and capsules (for internal use). Two of these products stand out from all the rest. The best selling topical product is a gel (made from an 8% tincture). The best known orally ingested homeopathic is a programmed capsule regimen which is the only clinically proven product to significantly reduce bruising and swelling after gum surgery, root canal therapy, implant surgery and wisdom teeth removal. Dosing begins the day of the surgery and is completed four days later.

Renowned botanist James Duke reports that patients who have access to the dried flowers of true Arnica species can make an infusion (tea) which can be consumed or utilized as a compress several times per day when placed over the affected area. Alternately, an alcohol-derived tincture can be diluted 1:3 to 1:10 to make a compress and used in the same manner. However, those who have known allergies to ragweed, daisies, marigolds or chrysanthemums should avoid using Arnica products, especially on open wounds whether externally or in the mouth.

Arnica products should not be applied directly to open wounds in the mouth after oral surgery because of the potential for irritation or mucositis (mucosa — the lining membrane or skin of the mouth, “itis” – inflammation) and allergic responses. Be sure to discuss the use of an Arnica product with your dentist, or other health care provider familiar with it, before using it yourself. Alternatively, contact the manufacturer or trusted websites for evidence-based information. Remember that non-homeopathic concentrations of Arnica can act as a poison internally and should therefore be avoided, especially in children and pregnant women. It is this author's viewpoint that the oral use of Arnica should be limited to the programmed capsule regimen and external application of the topical agent should be limited to use over closed wounds.