Tribute To A Mentor

By Dr. Garry A. Rayant 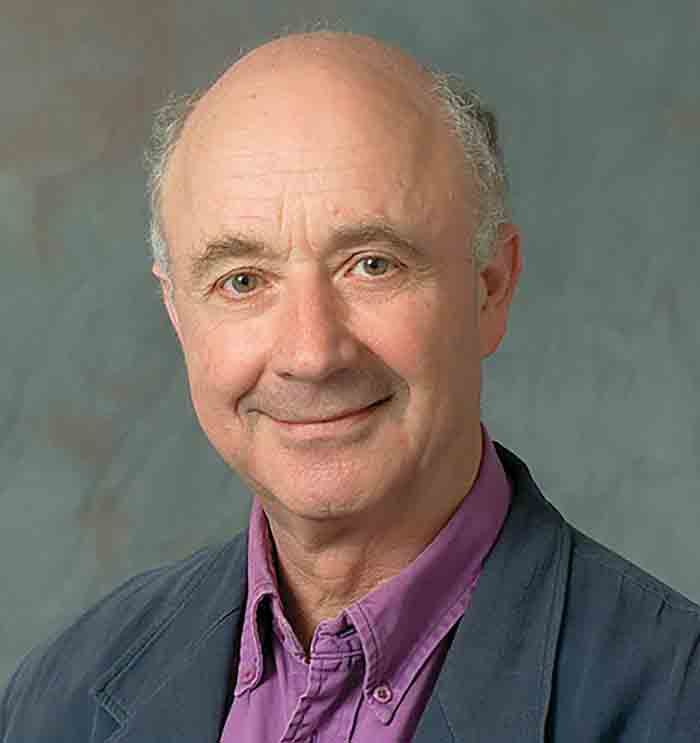 The passing of a mentor and its impact is hard to put into words. Professor Aubrey Sheiham was a major public health figure, a thought leader on the world stage, a consultant to the government of the United Kingdom and the World Health Organization (WHO). Moreover, he was a selfless teacher, always ready to talk, discuss, give advice, and help. He was kind, giving and generous of his time. He did so much to improve the health of the peoples of the world.

I first encountered Professor Sheiham — Aubrey, when I was a dental student at the London Hospital Medical College (London University) in the late 1960's. He was always a big picture guy, a classical out of the box thinker. I remember during one of his first lectures to my class he stated, "If I can get fluoride into one water supply, I can do more good than spending my whole life filling teeth." Well for me, that put clinical dental practice in a whole different perspective. Aubrey had a well-deserved reputation, at least back then, for bucking and challenging the system, and rightly so. "What evidence do we have as scientists that the procedures we are advocating, work?" he would say. Ahead of his time, forty years ago, he was talking about what is known today as evidence based healthcare — a scientifically researched and substantiated basis for what we as health professionals advocate. A scholarship has since been named in his honor as part of the Cochrane Collaboration, a world body and repository of knowledge dedicated to evidenced-based research.

Aubrey had been teaching periodontology (the study of the supporting structures of the teeth, diagnosis and treatment of gum diseases) when I entered dental school. At that time the largest part of the clinical dental curriculum could be described as technical and artisanal. Indeed, the majority of time spent by dental students was in learning how to repair the ravages of the two main dental diseases, dental caries (tooth decay), and periodontal (gum) disease. In fact, most of the practice of clinical dentistry is still devoted to repair. He had just returned from Africa, where he completed his PhD in epidemiology (the study of the distribution and determinants of disease in population groups). He had researched and studied a then burgeoning and relatively new field, the epidemiology of periodontal disease.

The major inferences drawn from those early studies were to have profound effects on our understanding and treatment of periodontal disease. Essentially, the higher the levels of dental (bacterial) plaque that population groups had in their mouths, and the longer the period of time, the more periodontal disease they had. If populations and thus individuals did not reduce plaque biofilm levels daily, no amount of professional care would have a long-term positive effect in maintaining health and preventing disease. These findings also showed that over 90% of disease variance is caused by dental plaque alone; that is, little else — such as nutrition or malocclusion (bad bite or poorly positioned teeth) and other factors — has substantial impact in causing and perpetuating gum disease.

One could not but be struck by the depth of his intellect, his framework of understanding disease from a public health perspective. He had an ability to put clinical dentistry into a different, larger and global context, within which to understand the impact of our professional efforts both on a patient and a population basis.

In one of his early forays, in which he boldly went where no dentist had gone before, he showed that there was no scientific basis for 6 monthly dental visits. The scientific community was saying that dentistry was a healthcare science; and he was producing scientific papers to validate what he was saying. Yet the profession shunned him. He has of course since been vindicated in this matter. But I am proud to say, at the time of this pronouncement, we (his students at the time) supported him; we held our annual dental dinner in his honor.

His influence led me to pursue my Master's degree. It had become very clear, at least to me, that unless we could change behavior we would be relatively unsuccessful in treating or preventing disease and keeping people healthy. As I studied the components of behavior change, social science, motivation and other related topics, I realized the implications not only for dental disease, but all (chronic) diseases. In addition, it was readily apparent that behavior change impacts not only individuals, but also whole communities and populations. While I gained my Master's from the Royal Dental Hospital (London University) in the mid 70's, I did my thesis (in behavioral sciences), under Aubrey's tutelage, through the back door at the London (Hospital Medical College). Aubrey, as usual, was extraordinarily generous of his time and intellect.

As Aubrey and I discussed behavior change, he struck me with another insight, "If you really want to change the status quo in dentistry, you have to do it through public policy." While this was probably the last thing I wanted to hear as a clinical dentist, the idea was too large and the implications too profound to ignore. It led me to pursue political activism in two areas that have since become avocations — health promotion and educational reform. It also led to my interest in Dear Doctor, another way to inform members of the public at large, in fact our patients, to empower them with knowledge to be full partners in their own preventive and healthcare decisions.

Aubrey moved on to become a Professor in Public Health at University College London. I remember going back to the UK for a meeting held in his honor. The invitees comprised mostly his former PhD students from around the world, attesting to his impact. At that meeting, now over a decade ago, he talked about the role of sugar not only in dental caries (tooth decay), but also its impact on obesity. He had long thought it was a mistake to separate oral and general health. He talked about advocacy, taking on the damaging role of food companies and lobbies to improve the health of the public.

The true greatness of a teacher and mentor is to leave something of yourself to be carried on in the lives of others you touch — particularly your students. Above all Aubrey Sheiham was a kind and gentle soul. I will remember him not only as a great teacher, but also a friend, a down to earth, decent, caring, honest human being. He cared not for riches or personal glory, but I believe to leave the world a better place than he found it. I believe he did.