Do newer options have any advantages?

Dear Doctor,
Are lasers effective in the initial treatment of periodontal (gum) disease? 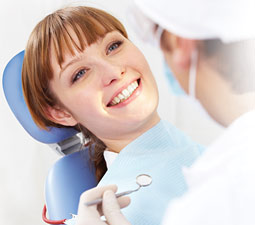 Dear Martha,
Your question is important and timely. In order to answer it, some background context is necessary.

The Problem: Periodontitis, or gum disease, is a “polymicrobial” infection (“poly” – many; “microbial” – bacterial), which means it is caused by combinations of different types of bacteria. There are various forms of periodontitis, but all result from an interaction between bacteria and the body's immune (defense) system. Many of these bacteria are found in the biofilm (plaque) that collects on the teeth at the gum line, in the absence of effective daily oral hygiene. Bacteria migrate along the root surfaces upon which they calcify producing the hardened substance known as calculus or tartar. The inside lining of the gum tissues become inflamed and ulcerated in response to the presence of bacteria.

Thus in a susceptible individual, the resultant inflammatory response can cause destruction of the periodontal tissues and tooth-supporting bone — the ultimate consequence being tooth loss.

The Solution: The primary goal of periodontal (gum) treatment is to arrest the disease process. Treating gum disease is therefore aimed at controlling the cause. This is accomplished by what is known as “initial therapy” or “cause-related” therapy in which the affected root surfaces are cleaned and disinfected, allowing for the re-establishment of health. Susceptible individuals must also learn and be trained to remove bacterial biofilm to achieve optimum levels of daily oral hygiene. Once control of inflammation and infection has been established through initial therapy, secondary goals (in more advanced cases) may include surgical treatment, to assist in regenerating a healthy periodontal attachment to the teeth.

Treatment Techniques For Initial Therapy: The first phase of periodontal therapy consists of mechanical disruption of the biofilm. This requires clinical treatment to remove bacteria and calculus from the root surfaces of affected teeth. This treatment, known as “scaling and root planing” or “root debridement,” is traditionally carried out using hand instruments and/or ultrasonic (high frequency vibrational) instruments, both of which require a high degree of skill and tactile sensitivity. Non-surgical therapy is technique-sensitive and time-consuming. It was once considered necessary to remove the lining of “pockets” that form between inflamed gum tissue and teeth. However, research has shown that so long as bacteria can be effectively removed, the tissues can heal whether or not the pocket lining is removed with a procedure known as curettage.

21st Century Technology — Looking For A Use

Laser technology has been proposed as an adjunct (aid) to or replacement for the conventional nonsurgical therapy described above. A variety of lasers have been investigated for possible use in periodontal debridement, including the Nd:YAG laser. In the treatment of periodontitis the Nd:YAG laser's purported benefits are based on its ability to perform sub-gingival (“sub” – below; “gingival” – gum) curettage, the removal of the inflamed pocket lining and to significantly decrease sub-gingival bacteria. It is also purported to facilitate the removal of calculus and biofilm from root surfaces.

What Is The Evidence?

Reported advantages of laser treatment over conventional methods include minimal tissue damage and swelling, less bleeding, sterilization of the treatment area, reduced post-treatment discomfort, and high patient acceptance. But is it better than traditional therapy — hand or ultrasonic instrumentation? So far, the studies are inconclusive.

Evidenced-based science requires strict research protocols and parameters to ensure a valid, “apples to apples” comparison among different treatments. For example, the studies must be large enough, randomized, controlled, have specific treatment goals and criteria, and take place over a long enough period to show effective, long-term results.

A systematic review of the scientific literature recently identified over 300 studies on the use of lasers in periodontal treatment. However, only eight studies met the stated criteria for including or excluding patients. These eight studies involved only 166 participants, and follow-up times were generally of brief duration. In only five of the eight studies did investigators report having measured tissue attachment, which is the standard for assessing outcomes of periodontal treatment. Consequently, the evidence regarding this topic is poor. Nevertheless, what evidence there is leads to this bottom line: Current evidence shows no advantage of the pulsed Nd:YAG laser over conventional non-surgical therapy in the initial treatment of periodontitis.

Initial non-surgical therapy remains the standard treatment for periodontitis. There has been much interest in the use of lasers, as either an adjunct to non-surgical therapy or as a stand-alone treatment for gum disease. Laser therapy conceivably could offer better clinical results with shorter treatment times while reducing discomfort and perhaps reducing the need for more invasive types of therapy. But we will need better studies to assess its effectiveness.

In the 10-15% of the population who is susceptible to periodontal (gum) disease, control of disease and maintenance of health is dependent upon long-term daily oral hygiene (biofilm/plaque control), regular periodontal maintenance (often at three-month intervals), and professional monitoring and evaluation. There is no one-shot cure, whether we're talking about traditional cleaning or laser treatment.