Updated guidelines for patients who have total joint replacement

A Consultation with Dr. Jeffrey Halbrecht

Dear Doctor,
I had spinal fusion of the neck and lower back region in 2003 and was told I would need to pre-medicate for dental treatment. I am already allergic to penicillin and after taking Clindamycin, I developed a general infection. Do I need to pre-medicate? 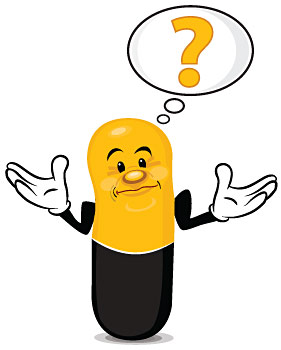 Dear Linda,
Thank you for your question, which raises a number of points. First a word of explanation to our readers; a spinal fusion is a surgical operation in which some of the bones which make up the “back-bone” or vertebrae are fused or joined together.

Secondly, what does pre-medication mean? Pre-medication, in this case antibiotics, are given prior to a dental/medical procedure to prevent infection. The theory is that during dental procedures, bacteria from the mouth can enter the bloodstream causing a bacteremia (bacter-bacteria, emia-in the blood-stream). This could potentially cause bone infection associated with false or replacement joints; or other metal parts like pins, plates or screws used to fix or fuse bones together.

Generally, the evidence for the occurrence of joint and bone infection after dental procedures where there are prostheses (replacement parts) or other metal objects has been found lacking. A study reported by the American Dental Association in 2007 concluded that no scientific basis exists for the use of prophylactic (preventive) antibiotics for dental procedures for eight different groups studied, one of which included prosthetic joints. Further, the study reported that the frequent occurrence of bacteremia arising from common daily activities such as tooth brushing far exceeds that of dental procedures, and this strongly suggests that even if the mouth does serve as a rare source of bacteria infecting a joint, the likelihood of it arising during a dental procedure is remote.

Nevertheless, despite the remote likelihood, infection in prosthetic joints can be serious. The American Academy of Orthopedic Surgeons (AAOS) updated guidelines for patients who have a total joint replacement just this year, 2009, and now state:

“Given the potential adverse outcomes and cost of treating an infected joint replacement, the AAOS recommends that clinicians consider antibiotic prophylaxis for all total joint replacement patients prior to any invasive procedure that may cause bacteremia.”

This is particularly important for those patients with one or more of the following risk factors:

Patients with any of the above conditions who have a joint replacement are absolutely required to receive antibiotic prophylaxis prior to any dental work. Even patients without these additional risk factors who have a total joint replacement should seriously consider antibiotic prophylaxis prior to dental procedures. However, patients with pins, plates and screws, or other orthopedic hardware that are not within the joint itself are not at increased risk for blood borne seeding and infection by bacteria from the mouth, and do not require prophylactic antibiotics.

Clearly this is a complex situation for you. Based on what is known about the risks of infection as outlined in the discussion above, it would appear that someone with metal plates outside of a joint, such as you, does not need to pre-medicate for dental treatment. There are also risks associated with taking antibiotics that also need to be considered, like allergy and “super” infection as you have already experienced, although this does not mean it would necessarily happen were you to take Clindamycin again.

Nonetheless, you should speak to both your orthopedic surgeon and your dentist about both issues: the necessity to pre-medicate, what antibiotic to take if any, and with what precautions. Ultimately it is up to them to consult together and make decisions based on both your medical and dental status, and the dental procedures you may need. It's also important to keep your mouth and especially your periodontal (gum) status as healthy as possible. As we say in dentistry — healthy mouth, healthy body.