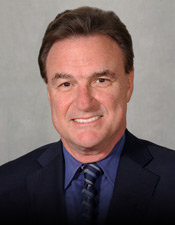 Dr. Robert Boyd earned his dental degree from Temple University (1970), postgraduate certificates in periodontics (1972) and orthodontics (1974) from University of Pennsylvania, and a master’s degree in education from University of Florida (1982). He has published more than 150 scientific articles, chapters and abstracts, including the pioneering study of the Invisalign® method of orthodontic treatment in the year 2000. Dr. Boyd is a diplomate of the American Board of Orthodontics and a fellow of both the American and International Colleges of Dentists. His many honors include the John Vallentine Mershon Award from the American Association of Orthodontists. Since 1996, Dr. Boyd has taught at the Arthur A. Dugoni School of Dentistry, University of the Pacific, where he is currently the Frederick T. West Endowed Chair of the Department of Orthodontics.