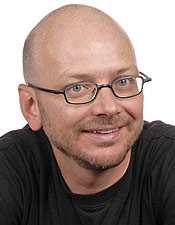 Dr. Pascal Magne is an Associate Professor of Esthetic Dentistry at the University of Southern California, School of Dentistry (USCSD). He graduated from the University of Geneva Dental School, Switzerland in 1989, obtained his Doctorate in 1992 and his Ph.D. degree in 2002. During this time, he completed his postgraduate training in fixed prosthodontics and occlusion, operative dentistry and endodontics. After two years of teaching and research at the U of Minnosota, Dr. Magne returned to University of Geneva Dental School and assumed the position of Senior Lecturer in the Division of Fixed Prosthodontics and Occlusion until his departure for USCSD in February 2004. Dr. Magne authored the book Bonded Porcelain Restorations in the Anterior Dentition - A Biomimetic Approach which has been translated into eight languages and is considered one of the most outstanding books in the field of adhesive and esthetic dentistry. All of the laboratory work presented in this article was created by Dr. Magne.